Feng Shui (which translates as ‘Wind-Water’) is referred to as both an art and a science of ‘placement’. It has a long and complex history in China where it has been used to harness the living energy (ch’i) of the universe to benefit people’s lives. Yin Yang and the Five Elements/Phases (Earth, Water, Fire, Metal and Wood) are essential components of feng shui. By applying the principles of feng shui modern practitioners say it is possible to develop a healthy, happy, harmonious and prosperous lifestyle, achieve balance, and energise and enhance your life. Even your cat can benefit from the recently ‘discovered’ art of ‘Fang Shui’. Feng shui can be used to help clear the clutter in your house and learn about the future through the interpretation of heavenly bodies. It is no wonder that feng shui is a global phenomenon. 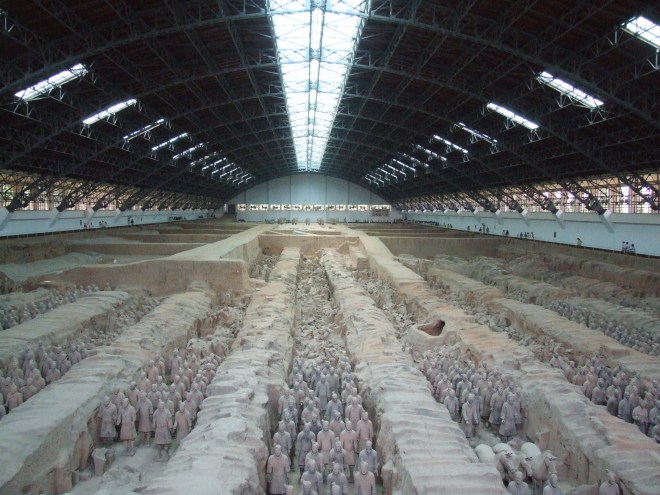 The Xi’an Mausoleum complex, built for the first Emperor of China in the late third century BCE, was constructed between Mount Li and the Wei River using feng shui principles.

The first European authority on feng shui was Reverend Ernest J. Eitel, a missionary in China who published a book titled ‘Feng-Shui’ in 1873. At the time of writing, feng shui had an all-pervading influence in China. In his classic work Reverend Eitel provides a detailed description of what he saw as the (black) art and (natural) science of feng shui. While he referred to the practice as a strange medley of superstition, ignorance and philosophy, the Reverend thought enough of feng shui to study and write about it in depth. Perhaps he wanted to record the system for prosperity as he believed that feng shui was marked for decay and dissolution. Fast forward 140 years or so and what would the Reverend have thought? 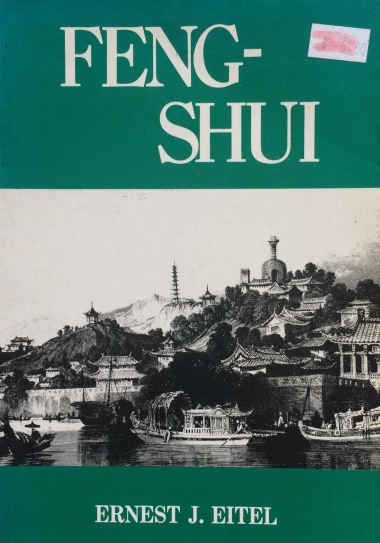 While the fortunes of feng shui have risen and fallen since the 1870s, in the last 50 years its profile and application has increased significantly. Even more so in the last two decades. Interest developed in the west as more information became available in english, particularly about how feng shui can help attract good fortune in life. There has also been a revitalisation of feng shui in its original territories. In my exploration of the elements I have come across a multitude of books on the subject. Many have ‘popularised’ or adapted feng shui for western audiences (Lillian Too being one of the most well-known proponents), some claim to represent the ‘authentic’ feng shui, others like ‘Fang Shui’ are intended as light entertainment. Recently I also discovered a ‘Feng Shui’ CD that is designed to heal the home and spirit. As an essential component of feng shui, the elements are fundamental to these modern articulations of the art.

A selection of books on feng shui, illustrating the popularity of the system. While I could use some lessons on the art of book placement, I deserve some marks for the black and white ‘yin yang’ background! Numerous feng shui websites also provide advice.

Gill Hale, the author of ‘The Practical Encyclopedia of Feng Shui’, has this to say about the elements:

“The concept of elements exists throughout the world. The Chinese recognize five which arise out of the interplay of yin and yang and represent different manifestations of chi. They represent a classification system for everything in the universe, including people.…..Ideally there should be a balance of all of the elements. Where one dominates or one is lacking, then difficulties occur. Interpreting and balancing the elements is a major part in the practice of feng shui.”

The five Chinese elements/phases of Earth, Water, Fire, Metal and Wood manifest themselves in countless ways and combinations. Each has a rich association of colours, shapes and other qualities that can be used by feng shui practitioners. It is believed that positive energy can be achieved by representing all of the elements in homes, workplaces and ourselves. Plants are seen as an attractive way to manipulate energy in buildings, with plants that represent the five elements considered ideal. Feng Shui also uses an appreciation of the circular flows between the five elements/phases to dispel disharmony and promote harmony.

Plants play an important role in feng shui as they bring a life force into the home. This beautiful bunch of flowers represents the Fire and Wood elements based on my understanding of the principles.

There is much more to share about feng shui and the elements. The different feng shui schools that have evolved such as the Landscape/Earthly Form and Compass Schools, and the different tools that practitioners use, are but two examples. Adding to the mix is  traditional and modern feng shui. Then there is the contrast with Vastu Shastra, the Indian science of architecture that I have touched on elsewhere. There is also the intriguing statement in the Afterword to Rev Eitel’s book (the 1985 edition) that the Chinese claim no monopoly on feng shui and that once it was practiced world-wide. This compels us to contemplate the widely held belief across diverse cultures in a universal energy that permeates everything. Understanding energy is the key to understanding the elements.

3 thoughts on “The Feng Shui Phenomenon”