For my 50th post I would like to reflect on the emerging field of neuroconservation in the context of the intuitive elements – earth, air, fire, water, ether/spirit, metal, wood and consciousness. Dr Wallace J. Nichols, the author of Blue Mind, coined the term neuroconservation to describe the convergence of neuroscience and conservation biology. In one word he has tried to capture the fundamental connections our brains have with nature – personal, ancient and emotional connections – with a focus on the benefits of clean, healthy waterways. Dr Nicholls implicitly contends that of the elements, our relationship to water is paramount. While this raises some questions in my mind, his ideas and activities have certainly generated considerable interest. Including from myself. 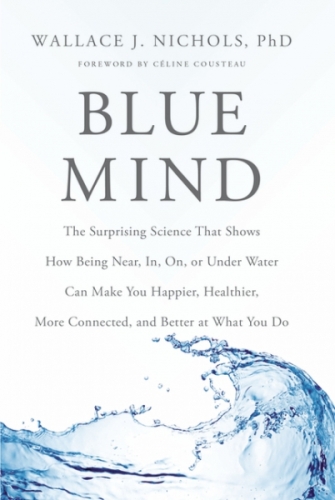 My interest in neuroconservation is in its potential to strengthen people’s connection with nature and their care for the environment. It may turn out to be useful framework to build my exploration of the elements around. Water provides a good testing ground. Dr Nichols believes that if we can understand what really happens to us in the presence of the ocean and waterways  — which brain processes underlie our emotional reactions — it could bring about a radical shift in conservation efforts. These ideas are gaining momentum, assisted by an annual summit called Blue Mind that has been running for five years, as well as a range of other initiatives. One of the refreshing aspects of these events and ventures is that they bring together and connect people with diverse backgrounds to consider the importance of love and other emotions in the conservation of nature, as well as identify new areas of collaboration and research. The Blue Mind website states that it “connects the dots: neuroscience and psychology, nature and conservation, art and science, poetry and practice in profoundly important new ways”.

There have been five ‘Blue Mind’ Summits, starting in 2011. The most recent one examined water in an urban context.

The conversation about neuroconservation builds on other studies addressing the importance of emotions and love for conserving nature. For example, in 1984 the biologist E.O. Wilson introduced the theory of Biophilia, the love of life and the living world. He proposed that we have a genetically encoded, emotional need to affiliate with nature and other living things. In other words, we are hardwired to love life. David Suzuki’s extensive communications on human connections to, and reliance on, the elements also emphasise the importance of love and other emotions. In the social sciences, ecopsychology has explored many connections between humans and nature over the last two to three decades.

So what does neuroconservation add to this mix? Harnessing new brain imaging technologies being used in neuroscience, as described in the book Blue Mind, adds an extra dimension to these earlier groundbreaking initiatives. Being able to see parts of the brain fire up when we experience nature can be both captivating and gives science something ‘measurable’ to work with. The term neuroconservation itself has an appealing and catchy ring to it. This is important in the age of social media and information overload. Neuroconservation and its connection to concepts such as the ‘Blue Mind’ may capture the broader communities imagination more than Biophilia (E.O. Wilson), the sacred balance (used by David Suzuki) and deep ecology (which has links to ecopsychology) has. It may also be more appealing to certain sections of the scientific community.

This graphic was used to advertise a conference held in April 2015 called “Images of the Mind: new frontiers in brain imaging“. http://cnc.unipd.it/images-mind-new-frontiers-brain-imaging-milan-9-10-april-2015/

Another possible distinction of this new conversation is that it is first and foremost positive in its approach and communicates its conservation message through memorable initiatives such as the Blue Marbles Project. This incorporates neuroscience in another way, by sharing blue marbles around the world to celebrate the beauty of our planet. Dr Nichols has been upfront about embracing the lessons from marketing experts and it shows. The campaign draws on the first view of earth from space where the astronaut James Irwin likened our planet to a beautiful marble.  Having already passed through millions of hands, the Blue Marbles Project has now set out to pass a blue marble through every person’s hand on earth, with a simple message of gratitude and love along with it. Projects like these are designed as an antidote to the constant messages of environmental doom and gloom that people are confronted with on a daily basis. The simple act of sharing a blue marble can have a powerful impact and is designed to help reawaken our sense of awe and wonder.

The Blue Marbles Project aims to reawaken a sense of awe, beauty and respect for planet earth, the surface of which is just over 70% water. Image source: http://able2know.org/topic/227719-1.

My first fifty posts have presented a diverse cross-section of the intimate connections between humans and the intuitive elements. If humans are hardwired to love life and the natural world, why then are there so many overwhelming environmental problems? Some argue that the love of life and other ‘hardwired’ characteristics such as the need for children to have enduring connections to others, have been suppressed by the western, rationalist, science-based, ego-centric, individualist, secular approach to the world. Fields such as ecopsychology and evolutionary psychology aim to provide insights into such matters. These practitioners stand on the shoulders of great minds like Carl Jung who was concerned about people’s loss of connection to nature, as demonstrated in the book on his writings called ‘The Earth Has a Soul’. 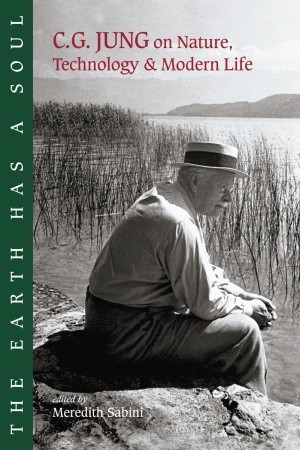 A broad selection of Jung’s nature writings are bought together in this book edited by Meredith Sabini. Image source: http://www.goodreads.com

As you can imagine, there is considerable debate about what human behaviour is and isn’t hardwired, how such behaviour is expressed in the modern world and how we could bring about changes to behaviour that harms the planet. In my preliminary excursions into this area I found that the blog ‘The Green Mind’ (the mind has many colours!) had some thought-provoking posts on the disconnection between humans and nature and how this might be bridged. A friend drew my attention to the new term “ecocide” which is being used to describe the potential danger we face from the serious and myriad environmental issues our planet endures (thanks Louise). Both this and Jung’s commentary contrast the dominant western world-view with that of Indigenous peoples and their ability to sense the “being-ness” of natural phenomenon.

My contribution to strengthening our connection to nature will be to continue to explore the world of the intuitive elements. Blue Mind has demonstrated what can be achieved by focusing on one element, “creating conversation around all things blue”. I will carry on sharing stories about the multiple colours of the building blocks of life. Cultures have known for millennia that the elements are fundamental to our wellbeing and should be treated with respect. Neuroconservation can build on this wealth of experience and knowledge in a way that engages the modern mind.

One thought on “Neuroconservation, the brain on fire”