The subject of alchemy has popped up in several different guises in my blog posts (for example, see ‘Alchemy is in the air’ and ‘Solving the mystery of the six pointed star’). You could say that alchemy and the intuitive elements are closely intertwined.

Carl Jung, the famous Swiss psychiatrist and founder of analytical psychology, started studying alchemy in earnest at the age of 53. According to Peter O’Connor, the author of the book ‘Understanding Jung, Understanding Yourself’ Jung’s interest in alchemy was aroused after reading the German translation of ‘The Secret of the Golden Flower’. This book is an ancient Taoist text on meditation that Jung hailed as the link between the insights of the East and his own psychological research. 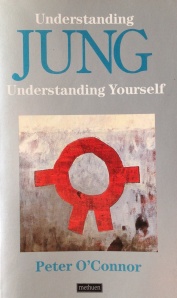 The Golden Flower is also known as the Elixir of Life. The Taoists developed techniques (meditation, breathing exercises, diet) that were thought to confer immortality by internal alchemy. According to ‘The Secret of the Golden Flower‘, “the way to the Elixir of Life knows as supreme magic, seed-water, spirit-fire and thought-earth”. The elements of water, fire and earth are common amongst the different elemental frameworks found in the East and the West. One could call them foundational. 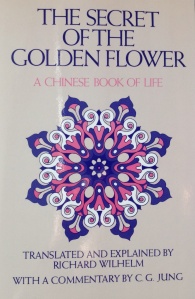 ‘The Secret of the Golden Flower‘ was the book that aroused Jung’s interest in alchemy. He also found parallels in the book with his psychological discoveries.

Alchemists in Europe in the Middle Ages also used the term elixir of life to describe a substance that would indefinitely prolong life—a liquid that was believed to be allied with the Philosopher’s Stone. Jung viewed the Philosopher’s Stone, or lapis philosphorum, in a different light, seeing alchemy as the art of producing the incorruptible stone, the Self (O’Connor, p. 107). Jung is quoted as saying:

“Only by discovering alchemy have I clearly understood that the Unconscious is a process and that ego’s rapports with the unconscious and his contents initiate an evolution, more precisely a real metamorphoses of the psyche.”

Jung published the Volume ‘Psychology and Alchemy’, that encapsulates his work on the subject, in 1942. The description of the book on the Book Depository website says:

“Alchemy is central to Jung’s hypothesis of the collective unconscious……… Introducing the basic concepts of alchemy, Jung reminds us of the dual nature of alchemy, comprising both the chemical process and a parallel mystical component. He also discusses the seemingly deliberate mystification of the alchemists. Finally, in using the alchemical process as providing insights into individuation, Jung emphasises the importance of alchemy in relating to us the transcendent nature of the psyche.”

As I have mentioned elsewhere in this blog, given the pervasiveness of the intuitive elements across cultures, time and space, my sense is that they could be part of the collective unconsciousness that Jung describes. When I get the opportunity to read Jung’s treatise on alchemy I would expect to find some reference to the elements, either directly or indirectly. They are certainly a fundamental component of ‘The Secret of the Golden Flower’ that is said to have had such an influence on Jung. There’s still much to be explored about the connections between Jung, alchemy and the elements!