Nearly 50 years ago, Professor Bill Jackson published the paper ‘Fire, air, water, earth – An elemental ecology of Tasmania’. With a title like that, one could say he was ahead of his time.

Next week I will be revisiting his paper in a spoken presentation at the Ecological Society of Australia conference in Alice Springs, Central Australia. The 1968 paper by Jackson has been described as ‘foundational’, ‘seminal’ and ‘the start of theoretical fire ecology…. with enduring and stimulating concepts’. That’s quite a rap. 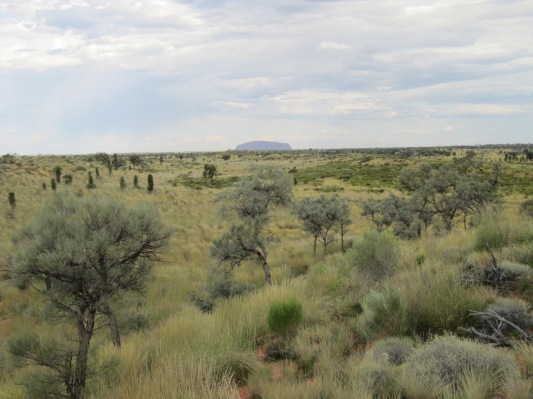 Central Australia, a perfect location to be exploring elemental ecology.

The concept of ‘ecological drift’ that Jackson’s paper describes has been influential in ecology and generated considerable debate in the scientific community. Despite the title however, his paper does not explicitly identify an elemental ecology. The four elements from Ancient Greece have to bide their time to be taken up again.

David Suzuki has taken the Ancient Greek approach to the elements the furthest in an ecological setting. He says that as a scientist he knows that Indigenous people’s are right when they say “The Earth is Our Mother”. That we are made of water, air and the food we eat from the Earth’s soil. The sun’s energy – fire – is the other essential element for our survival. Suzuki also refers to biodiversity, love and spirit when discussing how we can rediscover our place in nature.

A geneticist by training, David Suzuki draws on science to support the subjects he writes, talks and makes documentaries about. His audience is the broader public, especially children. Children have the capacity for awe and wonder that many adults seem to have lost and are the future of our planet. He wants to give them the information they require to meet their elemental needs and open their eyes, minds and hearts to the beauty of the world. 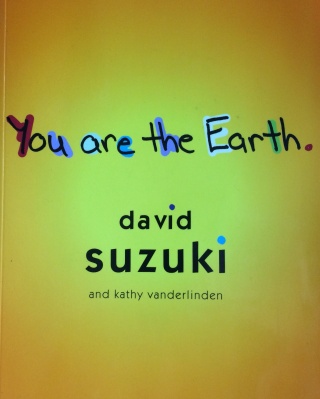 Children are the audience for this book on the elements by David Suzuki and Kathy Vanderlinden. It’s worth adults reading as well.

David Macauley, an environmental philosopher, also focuses on the four elements of Ancient Greece. His book ‘elemental philosophy‘ examines earth, air, fire and water as environmental ideas – with a few ‘interstices’ such as wood, light and space included for good measure. It is a dense and well researched book, with lots of examples given. No images or diagrams though. They would help make the ideas more accessible. Macauley concludes that such a perennial and pervasive idea as the elements should be reclaimed and rekindled attentiveness be paid to natural phenomena.

I’ve been delving into the ecological literature and found some interesting leads from other parts of the world. For example, the 2008 book chapter by Rusong Wang and Feng Li on water management in China presents a complex model of the ecosphere that is based on Wu Xing, the five element (phase) theory from China. Nearly 20 years ago wetland ecologists in the USA were referring to the philosophical basis of the Chinese approach to ecological engineering, also related to the five elements. By comparing and contrasting a variety of approaches we can learn and adopt what rings true.

Another author provides an ecological perspective on the ‘five great elements’ of the Hindu tradition in the book ‘Hinduism and Ecology: the intersection of Earth, Sky and Water’. K.L. Seshagiri Rao describes the elements as distinctive forms of primal energy. Every element has its own life, form, and location, but all are interconnected and interdependent. They are considered the conditions and blessings of individual and collective lives. This description provides a holistic perspective, lending itself well to the systems thinking required in elemental ecology. 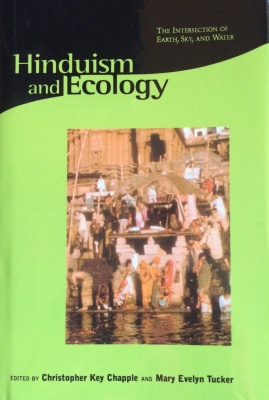 This book provides insights on ecology in the context of Hindu traditions, including the five great elements.

That’s all I’m able to share at the moment, as much as I’d like to write more.  My spoken presentation beckons. This is a work in progress, a taste of what I’ve been spending my time on lately. I’m looking forward to feedback on this post and at the conference to help develop these ideas further. For those interested in an update on the elemental ecology story, one that reflects on the ESA presentation and its aftermath was written in September 2015.